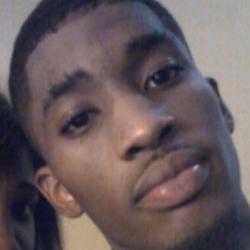 According to police, Flint had a handgun with him.

CSU Police Chief Rus Drew says, "The gun was found at the scene with the suspect. Glock model 22 .40 caliber semi automatic handgun, had eight rounds in it."

Flint was shot at Courtyard 1 North at a dormitory on University Ave. at around 3 p.m.

Flint was transported to Midtown Medical Center at 3:07 p.m. and was pronounced dead at 3:29 p.m.

Bryan also stated Flint was not a student at CSU.

Chief Drew said the call came in at 2:35 p.m, and officers arrived at the scene at 2:38 p.m. Drew adds that the suspect was unloading and putting a bullet into his gun when CSU police approached him.

GBI is investigating this case because it was an officer involved shooting, and because it occured on state propery.

"This is a terrible tragedy," CSU President Tim Mescon said. "We will cooperate fully with the investigation by GBI. Our thoughts and prayers go out to everyone involved in this, as well as their families."

No alerts were sent to the students when the shooting occured. Chief Drew said alerts are only sent when there is threat on campus property. However, the officers arrived to the scene only three minutes after they received a call; since no threats were detected, no alerts were sent out.

No officers were hurt.

Attorney Stacey Jackson has been hired as a spokesperson by the Flint family. Jackson gave this statement to News Leader 9:

"I have interviewed five people who saw certain parts of the transaction. Three of the five actually saw the shooting…all three stated that Flint was running away when he was shot and did not have any type of weapon in his hand when he was shot twice. At least one medical personnel at the hospital described the injuries to his parents as one being a shot to the back that exited out of his stomach and another shot in the lower region of the back of his head and neck area which penetrated his mouth area and broke his jaw. Two other witnesses who heard shots and at least one ran around the corner and actually saw Flint's body and saw similar injuries to his body. Video cameras are attached to the building. I am hoping the GBI investigates whether the cameras were working and whether any video exists of the shooting."

November 2016 More footage released showing two shots to the back