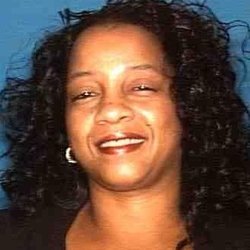 Yvette Smith was fatally shot by Bastrop County Sheriff's Deputy Daniel Willis who responded to a 911 call about a fight between several men at a residence, according to KXAN. At the scene, authorities say, Willis ordered Smith to come out of the house then shot her twice when she stepped through the doorway. An original statement that claimed Smith was armed was retracted by police officials.

The trial of Willis on a charge of murder was set to begin September 14, 2015. Bastrop County has settled a civil complaint brought by Smith’s family for $1.22 million.

At trial, Vela, an eyewitness testified that she along with Chris Thomas, his father Willie Thomas, and Yvette Smith went and had a few drinks at a bar before returning to the home. The situation arose when Willie Thomas asked his son for the keys to his motorcycle because he did not want Chris Thomas trying to drive with an injured leg according to Vela. The father and son began to argue and Vela called 911 after Willie asked her to do so. While on the phone with dispatchers, Vela said she saw Yvette Smith and Chris Thomas come inside and Smith was later heard saying “Give me the gun.”

“I didn’t see who picked it up but all I heard was Yvette telling him to give her the shotgun,” said Vela.

After a few moments of silence, Vela said she was still on the phone when she looked out to see Chris Thomas sitting on the couch, the shotgun laying on the table, and Yvette Smith walking towards the door to check on Willie Thomas who was outside talking to Daniel Willis, possibly unbeknownst to Smith. “She was walking towards the door and she did not have anything in her hands,” said Vela. “She opened the door and that is when (Willis) shot and I just went to the floor. I heard her scream and I knew she got hit.”

After a mistrial was declared due to a hung jury, special prosecutor Forrest Sanderson said he will try Willis again. Sanderson added he won’t seek a lesser charge, saying that the facts in the case only support one charge: murder.

Reminiscent of the case of Officer Mark Brelo, who was acquitted in the killings of homeless victims Malissa Williams and Timothy Russell, Willis opted for a bench trial for the retrial which was scheduled to begin in March 2016. Similar to another previous case of Rekia Boyd, the court has oddly limited the case to the charge of murder, forgoing the pursuit of lesser charges that might be easier to prove.

In April 2016, Officer Willis was found not guilty in the murder retrial.

In February 2018, nearly two years after he was acquitted, former Bastrop County Deputy Daniel Willis filed the lawsuit against the county alleging that he was improperly trained.