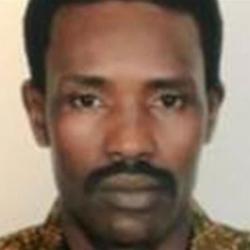 The Georgia Bureau of Investigation said it's examining the Saturday shooting of Mohamed near Claxton.

Deputies were called just after midnight Saturday morning about a man walking in the middle of a road. An Evans County sheriff's deputy arrived to find Mohamed there. GBI says deputies “had several encounters with Mohamed over the previous 12 hours."

When the deputy tried to speak to Mohamed, investigators say Mohamed began throwing rocks, hitting the deputy once. Mohamed then charged the deputy with a larger rock, GBI says, and the unnamed deputy shot Mohamed. He died before he could be taken to a hospital.

Mohamed's body was taken to the GBI Crime Lab in Pooler for autopsy.

The deputy was not seriously injured.