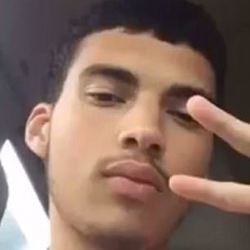 A 17-year-old shot and killed himself Friday night in the back of an Akron police vehicle minutes after he and two others were picked up after a robbery in Kenmore, police said.

It wasn’t clear whether the shooting was a suicide or an accident, Police Capt. Dan Zampelli said Saturday. That’s part of an ongoing investigation by Akron police, its internal affairs unit and the Summit County Medical Examiner’s Office.

Police are certain, however, that none of their officers nor any of their weapons was involved in the death, Zampelli said, whom they identified as Xavier McMullen.

According to police, the events leading up to the incident unfolded like this:

Officers were dispatched to the 2200 block of 10th Street Southwest about 10 p.m. for a robbery.

There, a man and woman from Barberton told them that they were sitting in a van when three young men robbed them at gunpoint.

As officers investigated, someone tipped them that the robbers were in a nearby house on Seventh Street. That home’s owner agreed to allow officers inside, and police took the teen and two 18-year-olds into custody as suspects in the robbery.

Following procedure, Zampelli said, officers separated the three and put them into the back seats of three police vehicles.

As officers continued their investigation in the neighborhood, they heard a gunshot come from one of the police vehicles about 11 p.m.

Inside, they found the 17-year-old, who had been handcuffed, shot dead with a gun beside him.

Zampelli said police and the medical examiner will determine whether the teen intended to shoot himself or may have accidentally fired, perhaps pulling the trigger while trying to hide the gun in the back of the police vehicle.

It’s unclear whether officers checked the teen for weapons before putting him into the back seat. That will be part of the investigation, Zampelli said.

Zampelli said he didn’t know whether the police vehicle’s camera system was working at the time of the shooting, but none of the officers on scene had yet been equipped with body cameras, new equipment the department is just beginning to roll out.

Police identified the two other suspects in the case as Anthony Criss and Matthew Allen, both of Akron.

Each has been charged with aggravated robbery in the holdup of the Barberton man and woman in the van before the shooting.

Criss and Allen were being held at the Summit County Jail on Saturday and were expected to make their first court appearance early this week.