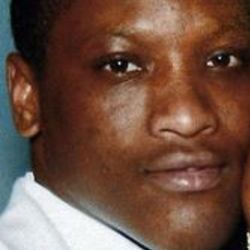 22 year-old Woodrow Player was shot and killed during a traffic stop by Los Angeles County Sheriff's Officers who claimed that he had a gun.

The police initially claimed that they got a call about a man with a gun and pulled Woodrow Player III over in his car as he drove down the street in the vicinity of the 11200 block of Berendo Avenue in unincorporated Athens, Los Angeles County. The police claim that he then ran from them, twice turning to point a handgun at them and so they fired at him in self defense; killing him.

Woodrow Player III was unarmed. So the police changed their story. They said they found a cell phone in the alley where he was killed and claimed to have found a handgun in his car.  Which raises the question, if he had a gun why would he leave it in the car and instead run off only to turn and point his cell phone at the police?
Woodrow Player III was shot in the back.  It is rather difficult, impossible, to shoot someone who is pointing a gun/cell phone/phaser/”figment of ones imagination” at you and for your bullets to hit him in the back.

According to witnesses, not only was he shot in the back as he ran, he was shot seven or eight times in the back.  Witnesses also dispute the claim that police had pulled him over as he drove down the street.  According to witnesses his vehicle was parked at a liquor store when the police approached him. Which sounds more plausible, if one were a criminal illegally transporting a firearm it would make more sense to toss the evidence from his vehicle. What gun? I’ve never seen that gun before? Where did you find it? Not in my car! Not on me!

It turns out that over the preceding year, the police had frequently stopped him and just two week earlier had “tore his house apart,” according to his wife. As a parolee released from prison on a drug conviction, his rights and recourse against police abuse were limited.
The police were from the Lennox Sheriffs station. Cop-watchers may recall that this is the same police station where 20 of the 25 police officers indicted by the Feds in the 1990s worked . The police were indicted for a variety of drug and torture crimes.  The Lennox Station has always been the station where the dregs of the Sheriff’s Department are sent. If a cop is a screw-up, psychopath, drunk, addict, what have you; they are stationed at Lennox where the people are poor and helpless. They aren’t sent to patrol Palos Verdes or Rolling Hills for reasons obvious to all but the most obtuse of persons.
At this point the police stopped talking and declined even to reveal the identity of the police officers involved in the shooting as required by state law. The Los Angeles times has finally obtained a court order demanding the police reveal their identities. The Sheriff’s department has said they might release it next week, maybe.
The police are conducting their own internal investigation on the shooting. Care to make a gentleman’s wager on what they conclude?