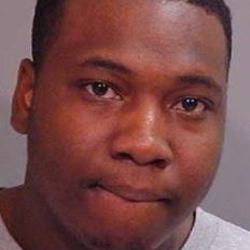 Willie Tillman, 33, of Marianna, was shot while attempting to flee from police during a traffic stop on College Avenue on April 23.

According to a police report, Tillman was stopped for driving a maroon Chrysler 200 without headlights near the intersection of College and Township Street at about 2:25 a.m. During the stop, Cpl. Patrick Hanby and officer Brandon Jones asked Tillman to step outside the vehicle, but after exiting, Tillman dove back inside and started to drive away with both officers partially in the car. After moving a short distance, the vehicle stopped and the officers used their stun guns.

The tasers were ineffective, but Cpl. Hanby was able to exit the vehicle. After attempting to drive away a second time, Tillman and officer Jones began to struggle inside the vehicle as it moved past Township Street and turned onto Sunbridge Drive. During the struggle, Jones shot Tillman in the abdomen, leg and chest. Tillman then stopped the vehicle and was pulled out of the car at a parking lot near the corner of Sunbridge and Villa Boulevard.

According to an investigation by the Police Department, the Fayetteville police officer who shot and killed Willie Tillman followed proper protocol. Officer Brandon Jones will return to work after being placed on paid administrative leave pending the outcome of the internal investigation, police spokesman Sgt. Craig Stout said.