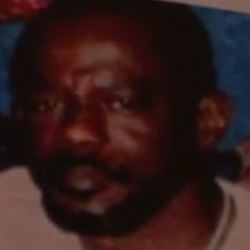 When a Granite Shoals resident called 911 to report his Churchill Drive neighbor was acting crazy, police had an idea what to expect. Burnet County authorities had arrested Willie Ray Banks several times for drugs and resisting or evading arrest.

In the early morning of Dec. 29, 2011, Banks was speaking nonsense, but was calm and polite, reports and video of the incident show. After several minutes, Granite Shoals police officer Robert Inman told the 52-year-old he didn’t have a lot of time and so he offered Banks a choice: hospital or jail? When Banks didn’t answer, Inman began counting to three.

At “three,” Inman told Banks he was under arrest for public intoxication (though an investigator later pointed out Banks was on his own property). When the officer moved to handcuff him, Banks, Inman and Burnet County sheriff’s Deputy Mechelle Denton, who’d arrived as backup, began to scuffle.

In their reports (the beginnings of the confrontation weren’t captured on video), the officers said Banks kicked and punched them. In an effort to control him, they deployed their Tasers several times in “probe” mode, in which darts incapacitate the target by causing muscle contraction. He eventually was taken down to the ground and held down by the two officers and a firefighter who’d arrived.

Inman then placed his Taser against Banks’ left flank. And held it there.

Intensely painful, so-called “drive-stun” shocks typically are used in very short bursts by officers to compel an uncooperative suspect’s compliance. Records show Inman shocked Banks continuously for three and a half minutes, with only an occasional one- or two-second pause.

“Banks’ screams seem to be getting quieter,” observed a Texas Ranger investigator reviewing video of the incident. “The sound of the taser can be heard and sounds as if it is dug in close to Banks’ body making a good connection.” The Ranger also noted “Inman is heard telling Banks to stop moving although no movement can be seen.”

Banks can be heard saying at one point, “I am going to die,” then, “I can’t breathe.”

“If you can talk you can breathe,” Denton said. “I don’t want to hear it.”

Later, an unidentified officer is heard on an audiotape: “He is not dying, I will give a damn trophy out if he does.”

Talking among themselves as the incident winds down, one of the officers described pushing his knee into Banks’ neck while he was being held down on the ground. “It put him to sleep,” Denton added.

In a subsequent interview with the Ranger, the firefighter acknowledged seeing Banks’ eyes roll back in his head. He also recalled Banks becoming unresponsive, then reviving.

Eventually, “Officers lift Banks and try to get him to stand but his legs are limp and collapse under his weight,” the Ranger report said.

Despite the lengthy Taser shocking, Banks’ loss of consciousness and breathing complaints, no medical help was summoned. He was carried to the police cruiser face down and placed in the back seat. (The record is unclear on his position. Officers said he was face-up, but jail video appeared to show him facing into the back seat.)

Police then lingered on the scene, talking for six minutes. In-car video shows Denton never checked on her passenger during the 17-minute trip from Banks’ trailer to the Burnet County Jail. An EMT crew happened to be at the jail on a different call when Denton arrived.

“Was he unresponsive in the car?” a medic asked the deputy as he performed CPR on Banks.

Reviewing images downloaded from jail cameras, the Ranger reported: “At no time during the video was Banks heard or seen moving.”

‘They didn’t want us to talk’

Banks’ ex-wife, Janice, died last December. One of their two daughters, Stephanie, recently returned to Llano after several years away. She works at a nearby convenience store, hoping to save money for college classes.

“When I got to the hospital I was like, ‘Why is there a hearse here?’” Stephanie recalled.

After what she described as a brief conversation that morning with the Ranger called in to conduct the in-custody death investigation — standard procedure in smaller police departments — Stephanie said she didn’t hear from law enforcement authorities again. (Ranger Cody Mitchell, who conducted the inquiry, didn’t return a call seeking comment.)

“Nobody explained anything to us about what was going on,” she said. “Nobody wanted to talk about it.”

“Whether my dad was on drugs or drinking or whatever, you don’t treat someone like that,” she said.

After waiting in vain to hear what became of the investigation into her father’s death, “I decided to take matters into my own hands,” she said. “I told my mom, ‘This is wrongful death.’”

Stephanie said she found a personal injury attorney, John Zinda, online. She said he told her the county wanted to reach a deal quickly “because they didn’t want us to talk about this.” (Zinda didn’t respond to numerous messages left at his Austin office.)

No lawsuit was ever filed, but settlement agreements obtained under Texas open records laws show that the following October, Granite Shoals and Burnet County each agreed to pay $125,000 to settle any future claims. Neither admitted any wrongdoing.

Burnet County Attorney Eddie Arredondo disputed Stephanie Banks’ assertion the county and city tried to keep the deal quiet. “There was no attempt on the part of Burnet County to keep the matter private,” he wrote in an email. “Further, the documents were not worded in a manner that would have forbid a party from discussing the details. Burnet County recognizes its duty to be open and transparent with the public.”

According to the terms, the money was to be split by Stephanie and her sister, Samantha, to “buy their peace,” and to be used specifically to pay for their father’s funeral services. Stephanie confirmed that’s where much of the money went.

“It wasn’t like I got rich off this,” she said. “I just wanted to get their attention — to say, ‘I know what you all done.’”

According to the March 2012 autopsy report, the Travis County medical examiner concluded Banks’ death was a homicide — caused by another person or people. But the case wasn’t initially presented to a grand jury for consideration.

Then-District Attorney Sam Oatman, now in private practice, said he doesn’t remember details so couldn’t comment with certainty about his decision to skip the grand jury review. Current District Attorney Wiley “Sonny” McAfee, elected into office a month after the legal settlement, said a notation on the Banks file indicated prosecutors at the time didn’t think a grand jury would return an indictment against the officers.

Burnet County Sheriff Calvin Boyd, who took office this year, said a check of his agency’s records confirmed Deputy Denton wasn’t disciplined for her actions during Banks’ in-custody death. Records show that at the time of the incident, she hadn’t received Taser training for four and a half years. Taser International recommends annual refreshers on the weapon’s use.

Granite Shoals Police Chief Gary Boshears — a sergeant at the time of Banks’ death — said Inman, who hadn’t had Taser training for two and a half years, wasn’t disciplined for his conduct during the Banks incident, either.

“What our files reflect is that he resigned on Jan. 25, 2012” — about a month after the incident — Boshears said. Records from the Texas Commission on Law Enforcement show that, while he didn’t work for another police agency, Inman’s peace officer license remained active through August 2015, when it was deemed “inactive — out of compliance.”

Late last year, after the American-Statesman filed an open records request for the Texas Rangers investigation into Banks’ custodial death, McAfee said he decided that he would present the case to a grand jury after all.

After a “thorough review,” McAfee said he took the Banks case to a Burnet County grand jury in November. “It was a very comprehensive presentation,” he said. “It was important to give all relevant information to grand jurors. The good, bad and ugly.” Mitchell, the investigating Ranger, testified.

Still, the fact the case was 5 years old drastically limited the grand jury’s options. Except for murder and manslaughter, other potential charges common in police force cases, such as criminally negligent homicide or official oppression, must be brought within three years, after which the statute of limitations applies.

After deliberation, “the grand jury was pretty confident that it wasn’t a criminal act,” McAfee said, and no indictments were handed down.