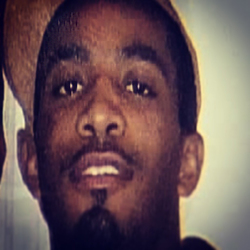 Miller was on probation after pleading guilty last year to heroin distribution charges, according to court records. On Aug. 3, Miller was sentenced to 24 months probation for the felony, his second felony conviction, records show. He had been arrested more than a dozen times, according to records.

About 11 p.m., officers were patrolling an area near Ohio Street and Homan Avenue in East Garfield Park when they saw a large crowd disturbance, police said. As they approached and the crowd began dispersing, officers saw Miller with a gun walking away, police said.

Miller fled westbound on Ohio Street, then northbound on Christiana Avenue into an alley on the block, police said. As officers chased him, Miller turned and pointed his weapon at them, according to police.

An officer opened fire and shot the suspect, fatally wounding him. A weapon was recovered at the scene, police said.

Miller's sister Tacarla Tribble, 19, said she arrived on the scene shortly after the shooting to find her brother lying on his back with a gunshot wound to the chest.

"I was calling out to him, but he just didn't respond," Tribble said.

Miller had been hanging out at a family gathering when police pulled up and people scattered, his mother Cassandra Miller said.

"There wasn't any trouble, it was lots of family having a party," Miller said. "It wasn't right, the way they said that. He didn't have a gun."