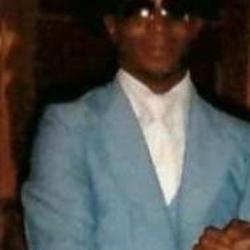 60 year-old Willie Lee Quarles Sr. was killed by a Greenwood South Carolina police officer called to a residence on a domestic dispute. The police officer was inside the residence with Quarles trying to pat him down in search of a gun when the two men began a struggle that would end with the officer being shot once and Quarles being killed.

Greenwood Police Chief Gerald Brooks released additional details on a Thursday night call about a domestic dispute that resulted in a fatal officer-involved shooting. Brooks began the statement by explaining that the information he was sharing stems from an ongoing investigation and that the State Law Enforcement Division was called in to investigate the case as a matter of best practices.

At about 9:30 p.m. Thursday, Greenwood police were dispatched to a report of a man holding a gun at a woman, Brooks’ news release said. Officers had been told the woman who called police said the confrontation happened hours earlier, but she was concerned about how the man was acting.

When the officer arrived, the man and woman were outside of a residence on North Hospital Street, and the woman came up to the officer and gave him a bullet that she said belonged to the man. The couple then proceeded inside the residence, along with the officer, and into the living room, the release said.

“The conversation inside was somewhat chaotic,” Brooks said. “All three were speaking at once. The officer was asking where the gun was. The man was saying he did not have a gun. The woman was insisting that he did have a gun.”

Because of the woman’s insistence, dispatchers’ information, the bullet the woman provided and the man’s body language, the officer suspected the man had a gun on him. He tried to frisk or pat the man down to search for the firearm, and the man resisted, with him and the officer falling to the ground during the struggle.

“The man pulled a revolver from his clothing and shot the officer point blank in his chest,” Brooks said. “The officer returned fire in self-defense.”

Quarles died at the scene. The officer’s soft body armor kept the bullet from penetrating him, leaving deep bruising on his chest. The officer was treated and released from the hospital, and when he is scheduled to return to work he will be placed on administrative leave pending the outcome of the SLED investigation.

When asked, police officials would not identify the officer, citing the pending investigation. A request for reports associated with Thursday night’s events was also denied, with police citing SLED’s ongoing investigation.

In a news release, SLED officials confirmed they were looking into the shooting at the request of the police department, and agents are conducting interviews and gathering and analyzing forensic evidence.