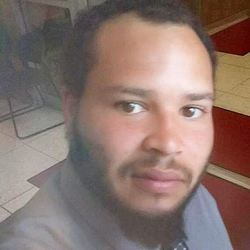 Newton Police have released details in an officer-involved shooting that killed a 24-year-old man.

During a Tuesday afternoon press conference in Newton, Lt. Bryan Hall with Newton Police say it began around 10:37 Monday evening in the 300 block of Lakeshore.  Hall says officers were responding to the area on the report of vehicle break-ins.

Hall said one of the homeowners reported that the vehicle used by the suspects attempted to strike them as it fled.  Officers caught up to the suspects and a chase began.

During the pursuit northbound on I-135, the vehicle lost a tire.  Hall said it's believed stop sticks used by law enforcement likely caused the flat on the suspects vehicle.

They eventually stopped on the median on I-135, about 6 miles from Moundridge.  Hall says the suspect used expletives as they told officers they would not get out of the car.

Hall says Holmes exited the vehicle but was not obeying officers commands.  They used bean bag rounds and a tazer, but neither less leathal methods seem to have an effect.

A police K-9 was released, but Holmes reportedly kicked the dog as it approached to apprehend him.  Hall says an Newton Officer, after seeing Holmes hit the dog, ran in to try to subdue him.