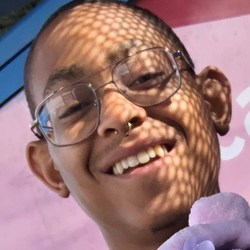 The shooting is under investigation.

The incident started at 10:22 p.m. on May 1 after gang unit officers responded to a car speeding westbound on I-70 before merging onto southbound I-25. Officers requested assistance from the department’s helicopter, which was airborne and started tracking the vehicle.

Officers in marked cars followed the car after it got off the highway on Colfax. After unsuccessfully trying a traffic stop, officers followed the car westbound with help from the police helicopter. The driver stopped near the library parking lot before both Debose and a woman got out to walk southbound along 14th Avenue.

The two were walking when they were confronted by police. Debose initially stopped and complied with police orders before taking off, running back toward the parked car. Officers then started chasing him.

Debose allegedly pulled out a handgun from his waistband and pointed it toward an officer, prompting an officer to draw his gun and open fire. Clark said Debose was struck multiple times. After the shooting, Clark said officers rendered aid and called an ambulance to respond. Debose died at a hospital.

Clark said officers at the scene recovered a loaded, semi-automatic 9mm next to Debose.

The officer who shot Debose was not identified during the Monday press conference but is a corporal in the department’s gang unit and was hired by the department in 2005. Clark said the officer has never been involved in an officer-involved shooting.

Clark said the shooting was captured on the officer’s body-worn cameras.