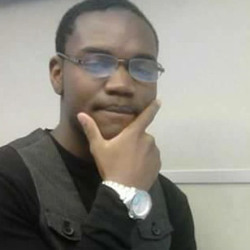 Virginia State Police say Portsmouth Police were alerted by Walmart security about a suspected shoplifter. The 18-year-old male, identified as William L. Chapman II, was spotted crossing the parking lot on foot and was approached by a Portsmouth Police officer. During the encounter, a struggle ensued that resulted in Chapman being shot by the police officer. The officer immediately requested medics. Chapman died at the scene. The brief video from the officers taser camera is embedded below.

It was reported on August 24, 2015 that the investigations were complete and the case passed to the Portsmouth Commonwealth's Attorney Office to review the circumstances that led to a deadly police-involved shooting in April. On August 27, it was reported that the Commonwealth’s Attorney Stephanie Morales announced that she will seek an indictment before the next grand jury. The grand jury hearing is scheduled for September 3.

Officer Stephen D. Rankin, 36, who is white, was fired and was in custody Thursday, September 3 after he was indicted on a first-degree murder charge in the case. He was also charged with use of a firearm in the commission of a felony in the shooting. The day after his arrest, a judge granted Rankin a $75,000 bond. An autopsy found that Chapman was shot in the face and the chest, had no alcohol or drugs in his system, and that his pockets had been turned inside out.

Attorneys for Rankin say there is a 15-second gap in the Taser video that was recorded when Rankin used it against Chapman. The dropout occurs just as the Taser was used and immediately before the deadly shots were fired. The video picks back up after the shooting.

On August 4, 2016, the jury convicted Stephen Rankin on one count of voluntary manslaughter for this shooting an unarmed man and recommended that the former officer serve 2½ years in prison. Circuit Judge Johnny Morrison allowed him to remain free on bond until he is formally sentenced Oct. 12. On October 12, Rankin was sentenced to two and a half years in prison.

Rankin was scheduled to have a bond hearing Monday morning January 29, 2018 after being locked up for more than a year. The hearing could be part of an attempt to get Rankin a new trial.

The Court of Appeals agreed with his defense in part on two issues, including allegations that a juror had a conversation with a person who supported the Chapman family.

On October 22, 2018, the Supreme Court of Virginia granted Stephen Rankin's request to hear his case to determine whether he deserves a new trial.

On February 26, 2019, Supreme Court of Virginia was scheduled to hear case of Rankin who was convicted in the shooting death of the unarmed teen and finished serving his sentence in November 2018. According to the granted appeal summary, the assignment of error in the case was the admission of the statement, “It’s my second one,” that Rankin told to the Walmart security officer on TASER video. Rankin’s attorneys called the statement “unduly prejudicial” and “irrelevant”. If Rankin’s conviction is overturned, he could be go back to trial once again, potentially receiving more time. On March 28, 2019, the Supreme Court of Virginia upheld a manslaughter conviction against former Portsmouth Police officer Stephen Rankin.