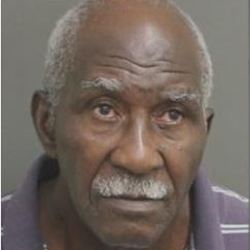 Eyewitness News has learned two nurses were reprimanded and a third was terminated after a 75-year-old Orange County man died at the Orange County Jail.

William Howard died days after he was arrested last November after he was accused of stabbing his wife with a kitchen knife and hitting her with a shovel, deputies said. A medical examiner ruled his death a homicide. Eyewitness News reported about his death Monday.

According to the autopsy report, while Howard was in custody, there was, "use of restraint force by law enforcement" that happened in jail two days before his death.

The medical examiner found a fractured vertebral disc and a crushing injury that caused hemorrhaging.

Howard’s family released a statement to Eyewitness News calling the take down was overly aggressive and unnecessary.

The statement, released by Butler Law Group, who is representing the family in a potential wrongful death lawsuit, said in a statement to Eyewitness News that Howard’s arrest happened "following a nervous breakdown." Neighbors echoed that belief and said the allegations against Howard did not sound like the man they knew.

The family said in the statement that they were “devastated as a result of this senseless loss.”

In a clearance letter from the Orange-Osceola County State Attorney’s office, prosecutors found that five correctional officers involved did not intentionally use deadly force against Howard. Prosecutors did not file charges against the officers and said, "Mr. Howard physically resisted during a 'takedown technique.'"

An official with the jail told Eyewitness News that the takedown technique is approved when taking down an inmate.

Howard’s family argues the technique is unnecessary and overly aggressive.

Eyewitness News asked jail officials what the takedown technique entails, but they have not responded to our requests.