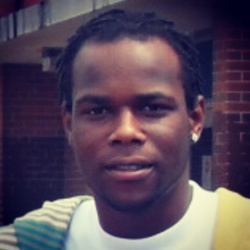 On Friday, November 2, 2012, a Federal Court Jury found in favor of the Estate of William Hope, Jr., and against the City of Chicago and officers Armando Ugarte and Michael St.Clair in a case in the Northern District of Illinois arising from an incident in which Mr. Hope was shot and killed in July 2010.  The Estate was represented by Chicago attorneys Mark Parts and Faith Spencer of Parts & Spencer, Ltd.

William Hope, Jr., was sitting alone in his car backed into a space in the parking lot of a Popeyes restaurant at 75th and Perry at lunchtime on July 8, 2010.  Police officers Armando Ugarte and Michael St.Clair had no information on him or his car or anything else happening in the area that day when they pulled in with their Chevy Tahoe and parked perpendicular to and directly in front of him.

After they both approached the driver's side of his car, he told them he hadn't done anything and began to move his car, as he would in pulling out of a parallel parking space, to go out around the back of the Tahoe.  Officer Ugarte reached into the car to take control of it and shortly afterward Officer St.Clair fired four shots at Mr. Hope, who died on the scene.