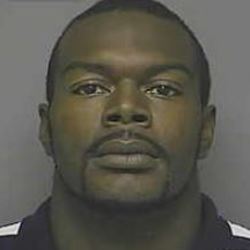 On Tuesday, the people of Anderson County, who pay for the local jail and its employees, knew almost nothing about a prisoner's April 17 death. In fact, they wouldn't have known that an inmate had died if Herald-Press reporter PennyLynn Webb had not gotten wind of it Sunday through a source.

Getting pertinent information to a community is what newspapers should do. Withholding such information is not how government, at any level, ought to operate.

The death of 31-year-old William Edward Brown III was confirmed by record searches and a Herald-Press interview with Brown's probation officer. She called Brown a “big, strong, healthy man” who, before his arrest, had been working in an oilfield.

Nothing that the Herald-Press found suggests that negligence by the sheriff's department contributed to Brown's death. The department is entitled to the presumption of innocence, just as are the men and women it arrests. Even so, Sheriff Greg Taylor's virtual silence only raises suspicions that might be — and probably are — entirely unwarranted.

Texas Rangers are investigating Brown's death. Like Sheriff Taylor, however, they have refused to provide details. Results of the state's investigation ought to be released as soon as possible.

Prisoners are completely reliant on their keepers for care. If there are broader problems with healthcare at the local jail, the citizens and taxpayers of Anderson County need to know.

Responding to a reporter's questions, Sheriff Taylor said Brown died of natural causes at Palestine Regional Medical Center. “Natural causes,” however, covers a lot of ground and does not preclude negligence.

At the very least, the sheriff's department, after notifying Brown's family, should have promptly reported the death, including the victim's name and age, to the public and media. It should have answered as many questions as it could: Did the inmate report any health problems when entering the jail? What did the inmate say, and how did he act, before he was taken to the hospital? How much time passed before officers responded to Brown's complaints? Were officers placed on administrative leave following the death?

Brown was serving four years' probation, after pleading guilty to burglary in 2016. His probation was revoked last month for technical violations of his probation rules. Brown was jailed on April 13, four days before he died.

Many county jails have healthcare problems. Federal courts have established adequate medical care for prisoners as a constitutional right, but healthcare in the nation's prisons and jails remains generally abysmal.

In Anderson County, there are few answers and many questions concerning William Edward Brown III's death — and whether other prisoners are at risk. The sooner Sheriff Taylor answers them, the quicker he will put them to rest.