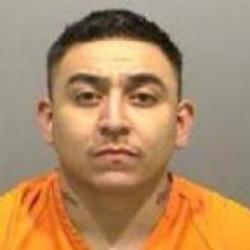 “End of the chase they were coming around the building, I saw them coming around and one of the cruisers hit the truck,” said witness Melissa Hedrick.

“This whole area was filled with nothing but Denver P.D. and Thornton P.D.,” said witness D’Angelo Jones.

“Then all of a sudden there’s an officer standing right at the passenger window and shot his gun five times,” said Hedrick.

Another officer stood on the hood of Maldonado’s SUV.

“He just unloaded his 12 gauge. You just heard these big shots, it was, ‘Boom, boom’ it was just gunshots, loud popping everywhere,” said Jones.

Police said they opened fire after Maldonado fired a gun at them. They said Maldonado has a long criminal history involving weapons and drug possession.