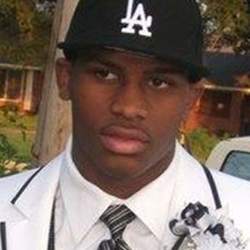 Allen was fatally shot in the chest by officers executing a warrant on his house on March 7, 2012, in New Orleans. The 20-year-old was unarmed, and five children were home at the time of his death. Police found 4.5 ounces of marijuana on Allen after they killed him. Former cop Joshua Colclough admitted that he shot an unarmed Allen and pleaded guilty to manslaughter. He accepted a four-year prison sentence.