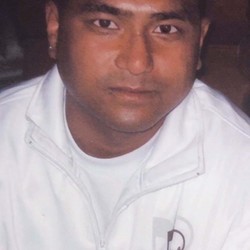 Warren Ragudo, 34, struggled with Daly City police on Tuesday night January 16, 2018 and was shot with a Taser by officers died a short time later, authorities said.

The incident began at about 11:22 p.m., when officers responded to a call of a disturbance on the 900 block of Brunswick Street, according to the press release. When officers arrived, they found “family members struggling with a subject.”

Officers intervened, and after a brief struggle with the man, used a Taser to restrain him. Shortly after being placed in handcuffs, the man “was not responsive.”

Police immediately began life saving measures, and fire and medical personnel were called. The man was taken to Seton Medical Center, where “he was later pronounced deceased,” according to police.

In April 2018, prosecutors determined that the killing of Ragudo was justified. Three Daly City police officers who were involved in the killing didn't break any laws and their use of force was justified, according to the county district attorney.

In September 2018, Family members of Ragudo filed a civil suit against the Daly City Police Department, months after officers were cleared of wrongdoing, according to court records.