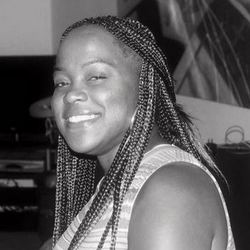 Los Angeles police and their coroner’s office claim that 36-year-old Wakiesha Wilson hung herself in her Metropolitan Detention Center cell on Sunday, March 27, 2016. But her family says that doesn’t make any sense since she had a 13-year old son and wasn’t suicidal, her mother told KABC News.

“I don’t believe that, my daughter would not kill herself. It’s not like this is the first time she’s been incarcerated. No, she had too much to live for,” said Lisa Hines.

Her family said the last time they spoke with Wilson was on Easter morning. They said she “was happy” as they went over the details of her hearing for Tuesday. Wilson told her family she would call them back later night, but never did. On the day of hearing, the same day she was to be released, Wilson wasn’t in court. After pleading with officials to tell them where Wilson was, Hines said she was given a phone number, it was to the coroner’s office, KABC noted.

“We know there was some kind of disagreement with a detention officer or an LAPD officer. We know that after that disagreement she passed away,” Jaaye Person-Lynn told KABC.

On September 19, 2016, Carl Douglas,  best known for being one of the defense attorneys in the O.J. Simpson murder case, announced that he would be filing a $35 million claim for damages in the death of 36-year-old Wakiesha Wilson on behalf of her family.

July 2017 Prosecutors: No 'criminal liability' in controversial case of woman who died in LAPD jail cell