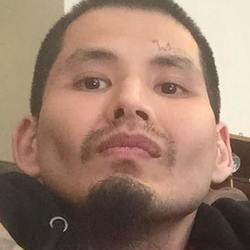 Vincent Perdue was shot to death on the morning of September 9, 2015 during a gunfire exchange with Alaskan State Troopers in Fairbanks, Alaska. The shootout began at about 9 a.m., after a troopers patrol car attempted to stop a silver 2000 Pontiac near the intersection of South Cushman Street and the Mitchell Expressway for having windows that were tinted too dark and for failing to use a turn signal, troopers said. Perdue, 33, was in the driver's seat with a 20-year-old woman in the passenger seat. The car didn’t stop as directed by police. Instead, Perdue accelerated and headed eastbound on the Richardson Highway before turning onto Badger Road, troopers said. During the chase, Perdue and the woman both leaned out the car’s windows to shoot at police. In an interview Wednesday, troopers spokeswoman Megan Peters said it was a “few minutes” into the chase when the duo began firing.