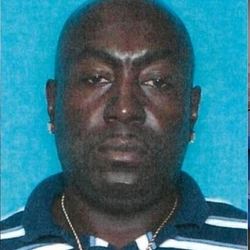 Vincent Harris was fatally shot by Louisiana police after officers said he pointed a gun at them.

Baton Rouge police officers fired more than a dozen shots at Vincent Harris, 51, on Monday after he pointed a gun at them, The Advocate reported, citing officials. It’s unclear how many times he was shot.

Harris’ girlfriend was hospitalized with severe cuts to her hand in May after a series of violent encounters with the suspect, according to an arrest warrant. The woman said that at one point, Harris grabbed a “long edged weapon” she described as a machete and struck her with it, according to the documents obtained by news outlets.

Paul said investigators confronted Harris at the Baton Rouge apartment Monday after receiving a tip. Video from body-worn cameras released by the department appeared to show Harris, a Black man, pointing a gun at officers near the doorway of the apartment before officers opened fire.

Harris was pronounced dead at the scene.