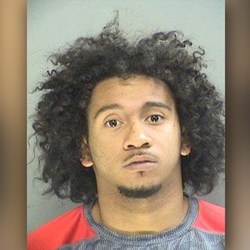 Vincent Hall, 22, was fatally shot by police at a home in southwest Arlington, Texas as SWAT officers were executing a drug warrant. When the first officer tried to enter the home, Hall “immediately” began shooting at the officer with an AR-15-style rifle, said Lt. Chris Cook, police spokesman.

The officer, an 11-year veteran whom police are not identifying, suffered multiple gunshot wounds to his legs. He remained in stable condition Wednesday and was in good spirits, Cook said.

Detectives had received a tip earlier Tuesday that Hall and others were selling drugs out of the home in the 4300 block of Kelly Hill Drive. After the detectives smelled marijuana coming from the home, they obtained a search warrant and returned with SWAT officers about 5 p.m., Cook said.

The SWAT officers had obtained permission from a judge to conduct a “no-knock” warrant at Hall’s home because of his assault of an officer last year, Cook said.