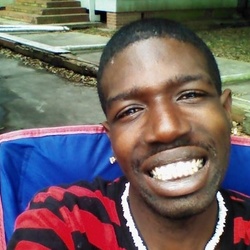 The coroner says Victor White shot himself while handcuffed in the back of a police cruiser. The autopsy report claims, White's injuries "are possible to be self-inflicted even with the hands handcuffed behind the back." "Short of him being Houdini or David Copperfield, it's not possible," said White's family's attorney.

On August 6, 2018, the two-hour documentary Sugartown aired which focuses on the inconsistencies in the case.

District Attorney Phil Haney of the 16th Judicial Circuit, who said he will let a federal investigation run its course before making a decision.

On December 8, 2015, the U.S. Justice Department announced that there was insufficient evidence to pursue federal criminal civil rights charges against any official with the Iberia Parish Sheriff’s Office in connection with the fatal shooting of Victor White III.

On February 5, 2016, the 16th Judicial District Attorney's Office announced that no criminal charges would be filed in connection with the death of Victor White III, who died of self-inflicted gunshot wound while in custody of the Iberia Parish Sheriff's Office.

On October 24, 2017, it was reported that a federal judge was refusing to dismiss a lawsuit filed against Iberia Parish by the family of White. U. S. Magistrate Judge Patrick Hanna said there were “factual discrepancies” that raised questions about the “trustworthiness” of the Louisiana State Police investigation of White’s death.

A federal trial that was scheduled for Feb. 5 for Iberia Parish Sheriff Louis Ackal and family members of the late Victor White III has been postponed to an unknown date after the plaintiffs who filed the lawsuit added last-minute witnesses to court proceedings.

On March 16, 2018, it was announced that a settlement agreement had resolved the federal lawsuit.

On September 5, 2018, Magistrate Judge Patrick Hanna said in a 23-page ruling that “the minor child’s privacy interest outweighs the public’s right to know the amount paid to settle the case.”

Community leaders have begun meeting to plan a week long rally beginning October 12, 2015. The march will be in unison with the 19th annual nationwide marches held by The October 22 Coalition to Stop Police Brutality.