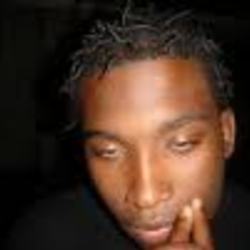 Late one night in October, a 17-year-old on a bike was chased by a police officer in a cruiser. When the boy refused to stop, the officer aimed his Taser out the driver's window and fired. The boy fell off the bike and the cruiser ran over him, killing him.

Victor Steen was the fourth person who died in Florida in 2009 in an incident in which a Taser was used. It was the 57th such death since 2001, according to statistics compiled by Amnesty International and the St. Petersburg Times. At the time this placed Florida first in the nation as the state with the most fatalities related to Tasers, a weapon that delivers an incapacitating electrical jolt.

The day after the boy's funeral, Florida Department of Law Enforcement investigator Eli Lawson told the family's attorney that a paramedic had found a gun in Victor's pocket.

A video, taken from the dashboard of another officer's car, recorded what happened in the minutes before the discovery:

Three officers squatted next to Ard's car, looking under it at Victor. Ard unlocked the passenger side of his car and got something out. The object is light-colored and floppy, but isn't clearly visible. Ard, holding the object, crawled under the car next to Victor's body and stayed there for 40 seconds. Two minutes later, paramedics found a 9mm silver and black semiautomatic in Victor's pocket.

Lab tests showed the gun had been wiped clean. No fingerprints were on it — not Victor's, not anyone's. Victor's family, as well as his pastors and friends, were aghast. Victor was scared of guns, they said. He would not have carried a gun around.