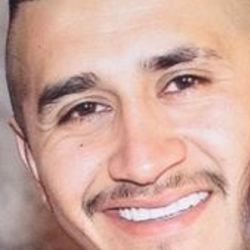 Timmes, in full uniform, was walking down the middle of a public street when he suddenly heard a male voice curse and yell at him for shining his flashlight, said PCSO spokesman Tim Gaffney.

The video captures what was said:

Arenas: "What are you doing shining that (bleep) light on my (bleep) house (bleep)."

Timmes: "What are you doing? Put the (bleep) gun down." (shots fired)

Timmes shined his light toward the suspect, Gaffney said. Based on the video, it is Arenas who fires the first shot into the darkness before the officer got his demand out for Arenas to drop the gun.

After that first shot, the officer returns rapid fire. Arenas was hit at least once.

Arenas ran to the rear of the home and collapsed just inside the doorway, PCSO said.

The family yelled for help and the officer ran around to the back of the residence and performed CPR until medical personnel arrived on scene.

Arenas was taken to a local hospital where he was pronounced dead.

On Sunday, Arenas' fiancee told CBS 5 News her version of what happened.

It's not known what, if anything, took place before the exchange heard on the video. CBS 5 News has put in a public records request for the video leading up to the one released by PCSO.