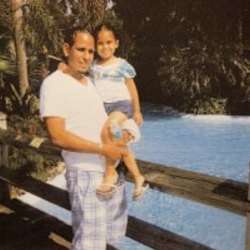 Another man is dead following a deputy-involved shooting, this time outside a sports bar in West Boynton, according to Palm Beach County Sheriff's Office spokeswoman Teri Barbera.

The shooting death of Victor Arango, 26, of Lake Worth, outside the 1st and 10 Sports Bar & Grill Thursday marked the third fatal Sheriff's Office shooting since May 16 — and the sixth fatal police shooting in Palm Beach County in 2012.

There were three fatal shootings by all county agencies in all of 2011, according to police records.

Some local officials think the rash of officer-involved shootings is just a statistical blip because of instinctive reactions to violent situations.

Confronted with a violent situation, the officers were just doing their jobs, said Police Benevolent Association President John Kazanjian. A deputy's decision to pull the trigger is testament to their training, which teaches officers to meet deadly force with deadly force.

Several witnesses spoke out to WPTV saying Arango was already subdued and compliant when the deputy pulled the trigger at close range.

In a deeper investigation months later , the Contact 5 Investigators also discovered Deputy Suszczynski had a history of using excessive force at the agency and in other law enforcement positions he held prior to joining PBSO.  As part of our investigation, we also found PBSO spent years hiding those records from the public.

Eyewitness to his friends killing, Kevin Mullan puts it plain and simple. "M-U-R-D-E-R!" by 3 Palm Beach County cops [they call themselves sheriffs deputies] who were literally on top of his friend Victor Arango's back. Victor was sprawled out on his belly, on the ground with 2 cops on top of him - when the third cop, Michael Suszczynski, kneeled down on Mullan's friend's back and pumped bullets from the PBSO-issued Glock into Victor Arango's torso point blank and killed Victor, the father of little girl, instantly! Mullan watched in horror from just 15 away.

In decisions that are becoming all too familiar to those who have lost loved ones to police shootings, a federal trial judge and a federal appeals court this week agreed two Palm Beach County sheriff's deputies could be sued for killing two men in separate incidents.

But while clearing the way for the families of Seth Adams and Victor Arango to seek millions in damages from deputies who fatally shot their loved ones, the federal judges shielded Sheriff Ric Bradshaw from allegations that he created the perfect storm for the shootings by creating an atmosphere that spurred deputies to reach for their weapons.

"From our point of view, the court has dismissed the most significant claims against the Sheriff's Office," said attorney Richard Giuffreda, who represents the agency.

The rulings are nearly identical to ones that have been made in other recent excessive force cases against the Sheriff's Office, including one that will go to trial this month. In each case, the court paved the way for the families or, in some cases, the survivors to pursue individual deputies for multi-million-dollar judgments, Giuffreda said. But the judges have protected the Sheriff's Office, and ultimately taxpayers, from what could have been budget-shattering verdicts, he said.

Officers responded early one morning to an altercation between two women at a sports bar. Upon arrival, the officers ordered everyone in the parking lot of the bar onto the ground. The decedent, Victor Arango, laid down on his stomach as ordered, offered no resistance, with his hands behind his back. After a deputy removed a handgun from Arango’s waistband, defendant officer, Michael Suszczynski, shot Arango in the back, execution-style. Arango’s estate (Plaintiff) sued the officer for use of excessive force under 42 U.S.C. § 1983. Defendant moved for summary judgment on grounds that he enjoyed qualified immunity. The district court denied the motion and defendant appealed.

The Eleventh Circuit first noted that because defendant was acting in a discretionary capacity in attempting to restrain the decedent, he could be entitled to qualified immunity. In order to survive summary judgment, Plaintiff had to establish Defendant was not entitled to qualified immunity by showing: 1) Defendant violated a constitutional right of the decedent and 2) the constitutional right was clearly established at the time of the incident.

The court further found that the constitutional right to be free from excessive force was clearly established at the time of the incident. The court pointed to both Supreme Court and Eleventh Circuit precedent holding that the use of deadly force against a non-resisting suspect who posed no danger violated the suspect’s Fourth Amendment rights. The court went even further and stated that even in the absence of such precedent, the officer’s conduct was so “inherently violative” of the Fourth Amendment that any reasonable officer would have known the conduct was unlawful. As such, Defendant was not entitled to qualified immunity at this juncture.

For the second time in less than a month, the Palm Beach County Sheriff’s Office has agreed to pay hundreds of thousands of dollars to settle a lawsuit accusing a deputy of shooting someone who posed no threat.

In a deal inked in U.S. District Court this week, the agency agreed to pay $350,000 to the 7-year-old daughter of 26-year-old Victor Arango, who in 2012 was shot dead by Deputy Michael Suszczynski outside the now defunct 1st and 10 Sports Bar & Grill in suburban Boynton Beach. Of the total, $25,000 is to establish a college fund for the youngster, a sheriff’s spokeswoman said.

The agreement — along with a $300,000 settlement approved late last month — means the agency has agreed to pay roughly $1.66 million since January to victims or families of deputy-involved shootings. In the previous 16 years, it paid a total of $1.7 million to those who were wounded or killed by deputies, a Palm Beach Post analysis found.