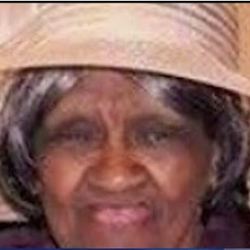 A crash between Chicago police officers hustling to a crime scene has left a local family grieving and seeking answers after the death of the family’s matriarch.

On Saturday night, two Chicago police vehicles, a marked van and an unmarked SUV were responding to a call when they collided near an intersection in the 1200 block of North Laramie. After the vehicles collided, they hit several other vehicles, including the car of 84-year-old Verona Gunn.

Gunn was taken to an area hospital, where she later died from her injuries.

Today, her son Dwight Gunn is demanding answers following what he calls the “reckless abandon” of Chicago police.

“Our mother, who we love deeply, (had) her life improperly cut short,” he said. “(It was) really reckless abandon in my mind.”

Police say that Verona Gunn was taken to Norwegian American Hospital after the crash, and that she died there from her injuries, but her son says that the hospital wasn’t prepared to help his mother.