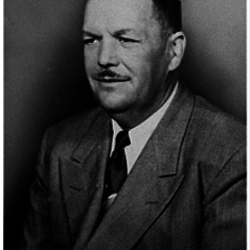 Born in 1908, Dahmer was a businessman in Hattiesburg, Mississippi, where he owned a few businesses, including a sawmill and a small grocery store, which was adjacent to the family home. He was president of the local NAACP chapter, and focused on getting black citizens registered to vote. On the eve of his death, in January 1966, he announced on a radio station in town that he would allow people to pay the poll tax at his store so they wouldn’t need to travel to the courthouse. He even made the offer to pay the $2 poll tax for anyone unable to afford it.

The following evening the Dahmer family was awakened to the sound of three carloads of Klansmen pushing into their house, shooting and setting fire to a dozen one-gallon containers of gasoline. His wife, youngest children, and elderly aunt all escaped, although his daughter was severely burned. Vernon Dahmer succumbed to his injuries just 12 hours later. Dahmer’s four eldest sons were all away as part of the US military at the time of the firebombing. Four men served less than 10 years for the crime, while nine others went free. One man, the mastermind of the atrocious attack, remained free until his fifth trial in 1998, when he was sentenced to life. He died in prison in 2006 at the age of 82.