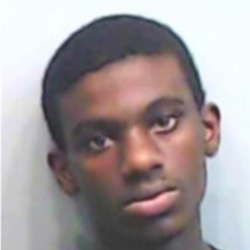 Officer Jerome Turner Jr., was taken to a hospital with multiple gunshot wounds after responding to a fight at a home on Stonewall Drive, and confronting Veltavious Griggs according to the GBI. The officer was following up on leads in the case, which took him to the 6200 block of Highpoint Road, GBI spokeswoman Nelly Miles said.

At some point, Turner confronted 19-year-old Veltavious Griggs. He notified dispatch “he was chasing that individual,” Miles said during a Monday night news conference. “The individual also brandished a gun.”

During the chase, there was a shootout between the officer and Griggs, authorities told Channel 2 on Monday.

According to WGXA , the Georgia Bureau of Investigation said additional police officers arrived and found Turner and Griggs had been shot.

Griggs was pronounced dead on scene and found with a gun.