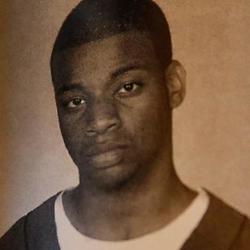 Usaama Rahim, 26, had made threats against law enforcement, according to a law enforcement official briefed on the investigation. Rahim attacked after he was approached in Boston’s Roslindale neighborhood as part of an “investigation that’s been going on for some time by the Joint Terrorism Task Force,” Police Commissioner William B. Evans said at a news conference Tuesday afternoon. “We believed he was a threat,” Evans said. “He was someone we were watching for quite a time. The level of alarm brought us to question him today. I don’t think anybody expected the reaction we got out of him.” Evans said officers retreated when Rahim approached with the knife. With their lives in danger, the officers fired, hitting Rahim with two bullets, one to the torso and one to the abdomen, he said.

On June 8, Boston police released a video of the event.