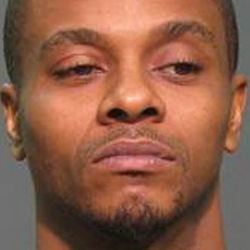 Tyshawn Hancock’s family wonders whether or not he was targeted for death by probation officers trained to kill because of his affiliation with the sovereignty movement. Here’s what happened the last day of his life.

Laura Roberts heard a banging on the door. It was July 10, 2014. Her husband answered the door and found a probation officer in plain clothes wanting to see his grandson. It was not his grandson’s usual probation officer. He knocked on his grandson’s door to tell him. As her husband came down the stairs, Officer John Farnsworth entered the house with his gun drawn. The officer entered Tyshawn’s bedroom before he could come out to greet him.
Next thing Mrs. Roberts knew, a shot rang out. The bullet went into the hallway of their home over her head, hit the top of a door, and landed near her eight-year-old great-granddaughter and three-year-old great-grandson.
Later, Farnsworth would say he saw Tyshawn reach for a gun. Mrs. Roberts did not see any gun in her grandson’s hand.
Mikeea Hancock, Tyshawn’s sister and the mother of the two children in the house, told The Free Press, “My three-year-old was ten feet from the shooting.”
Mrs. Roberts said, “It was awful close, I never heard a shot so loud. I can’t even describe it.”
Another shot went into the ceiling in Tyshawn’s room. Farnsworth was on top of Tyshawn in the bed, wrestling him into a corner. A second probation officer, Kenneth Rovenko, came in the room and joined his partner in wrestling with Tyshawn. Then there was three shots – Pop! Pop! Pop!
Mrs. Roberts heard someone say they had been shot.
She had seen Farnsworth with a gun and knew he had it drawn while wrestling her grandson into a corner. Farnsworth was on top of him in the corner, and her grandson was shot. At the hospital “they told us Tyshawn had ‘expired’ but wouldn’t show us his body. He was already removed and at the police coroner,” Christine Pollard, Tyshawn’s cousin, remembered.
The coroner’s report would tell the family later that a bullet went into his back, into his heart, and into his lung.
In the meantime, Officer Farnsworth claimed he had been shot as well, under his bullet-proof vest. After the shooting at Tyshawn’s residence, Officer Rovenko was on the phone with a dispatcher while Officer Farnsworth sat on the bed “as if nothing had happened,” Mrs. Roberts claimed. Later, the family was told Farnsworth was in the hospital in critical condition, which was odd, they thought, since they had seen him walk out of their house “on his own” after killing Tyshawn.
Although Farnsworth was said to be in critical condition, Tyshawn’s family said the officer neither took any time off work, nor was he put on any kind of leave after the deadly incident, pending an investigation.