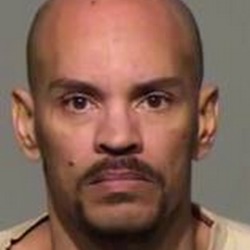 Officers forced their way into the home and found 45-year-old Tyrone Ryerson Lawrence threatening his wife with a knife. Police said the man refused to drop his knife. An officer, fearing the man would stab his wife, fired and shot the man. He died at the scene.