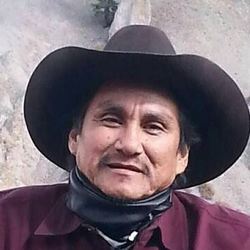 Montezuma County deputies who were dispatched to handle a domestic violence incident Tuesday night shot and killed a 53-year-old man after he fired toward them.

A deputy shot Tyrone Peabody after he came out of a home “armed with a rifle and fired either at, or in the direction, of the officers,” Sheriff Steve Nowlin said Wednesday.

Peabody then fired again and a deputy returned fire, killing him, Nowlin said.

The incident happened at 9 p.m., after two deputies were dispatched to a residence west of Pleasant View in response to a domestic violence report, Nowlin said.

Neither officer was injured and both are on paid administrative leave pending completion of an investigation by the Colorado Bureau of Investigation and 22nd Judicial District shooting team.

The incident was the second fatal officer involved shooting in Colorado on the Fourth of July holiday.

A Federal Heights police officer shot and killed a fugitive parolee — who officers believed was armed — when he refused orders to surrender and attempted to flee late Tuesday evening.

Since Friday, there have been six fatal officer involved shootings in Colorado.