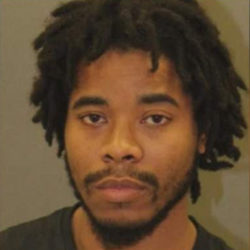 Baltimore police say 13 officers fired their weapons during a dramatic chase and shooting that killed 30-year-old Tyrone Domingo Banks and wounded an officer and a woman last week.

Police spokesman Matt Jablow told news outlets that all the officers have been reassigned to administrative duties as the shooting is investigated.

The Baltimore Sun previously reported that Banks led police on a high-speed chase Aug. 27 after charging his car toward an officer and firing a gun.

Police called off that chase, then found and chased him again a day later. Police Commissioner Michael Harrison said he didn't know whether Banks fired his gun again.

The Sun reports that a witness recorded Banks being tailed by a dozen police cars, ending with long, loud sounds of gunfire.