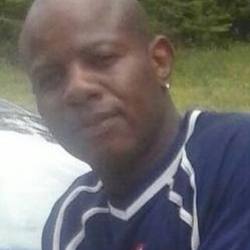 Tyrone Davis was died after being shocked with a stun gun by an Adams County Sheriff's Office deputy during a traffic stop for reckless driving.

If you’ve ever heard the sound of a stun gun, you know that you don’t want to mess with a police officer who is pointing one at you. Now the Miss. Bureau of Investigation and the Adams Co. Sheriff’s Dept. are investigating the death of Tyrone Davis, who died Wednesday night, just minutes after being tased.

It happened about 9 p.m. when Davis was pulled over, said Sheriff Chuck Mayfield. The sheriff told media that Davis did not cooperate with the arresting officer and that officer was forced to use what normally is a non-lethal measure, namely his taser.

In just a few minutes, Davis was dead. It was unclear whether he died at the scene of the traffic stop.