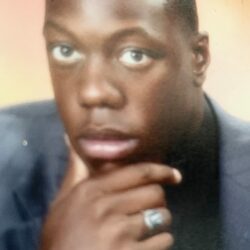 32 year-old Tyrell Wilson was shot and killed by a Danville, California pilice officer.

A video released Tuesday by family attorney shows the last seconds of the encounter between Wilson and the police officer on March 11.

Wilson was carrying a grocery bag, walking by himself across a street toward his homeless encampment, according to a statement from his family's attorney John Burris.

According to the Danville Police Department, Officer Andrew Hall was responding to calls police dispatch received of rocks being thrown from an overpass onto Highway 680. When Hall arrived at the scene, he approached Wilson and tried to talk to him but "the subject pulled out a folding knife and then opened it," police said.

Hall ordered Wilson to drop the knife several times, but Wilson "advanced toward the officer, who discharged his weapon striking the subject once," the police department said.

The police department also shared photos of Wilson holding a knife in his hand along with the release. Video of the entire encounter has not been released.

The family of a 32-year-old Black man who was fatally shot by a Northern California police officer last month has filed a federal civil rights lawsuit against the town and police officers after video which captured a part of the shooting emerged.