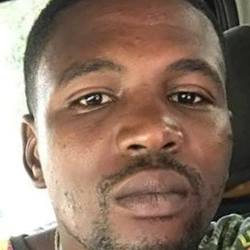 Palatka police killed 28 year old Tyrell Pinkston on Saturday night, September 30, 2017 during a confrontation outside the Mellon Manner Apartments after being called to assist the Sheriff’s Office for domestic disturbance, according to the Palatka Police Department.

Putnam County dispatchers initially received a 911 call about 8:45 p.m. to the complex at 3701 St. Johns Ave. The location is outside the Police Department’s jurisdiction, but the officers responded to assist at the Sheriff’s Office’s request, Capt. Matt Newcomb said.

Palatka officers were the first to arrive and encountered Pinkston of Second Street in East Palatka. Within moments “an officer-involved shooting occurred involving Pinkston,” Newcomb said. A firearm was recovered from the immediate location of Pinkston, who was transported to a hospital but died.

Details about whether any threats were made, what was said or what witnesses saw were not released as the Florida Department of Law Enforcement was called in to investigate the shooting. The officers in the shooting also were not identified, nor was there any information about who was involved in the domestic disturbance and if anyone was injured.