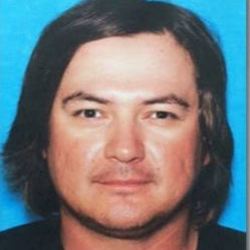 "Vick was spotted driving his murdered brother's 1991 maroon Ford stepside pickup truck," according to a release from the Oklahoma Bureau of Investigation.

"Officers gave chase until Vick crashed the vehicle at Highway 31B near Onley where he fired a gun at officers. Officers returned fire. Vick died at the scene." The OSBI said they would continue to work the homicide case and deliver a report to the district attorney.