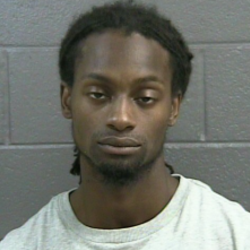 Privott was identified as the suspect in a fatal shooting at a nearby hotel hours earlier. When police found him in a roadway and confronted him, he began shooting at officers, according to authorities. One officer returned fire and fatally struck Privott.

Police say the officer involved in the shooting is an 11-year veteran of the police department, who is currently assigned to the Second Patrol Division. He had not been issued a body worn camera, nor was he wearing one during the incident. Police  said the officer’s name will not be released during the course of the investigation.

The second officer on scene recently graduated from the Norfolk Police Academy in January and is also assigned to the Second Patrol Division. The officer was issued a body worn camera, which he was wearing at the time of the shooting. However, police said the circumstances surrounding the incident rapidly evolved, and did not allow the officer enough time to activate the camera.

Both officers have been placed on paid administrative duty until the investigation is complete, which is standard practice in a case like this.