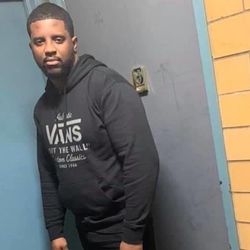 Tyquarn Graves, 33, was killed Tuesday night in Crown Heights shortly after cops said he shot and wounded another man — then refused to drop his weapon and moved as if he was going to fire at the 10 officers facing off with him, according to police.

But Graves’ relatives demanded to know why so many cops had to open fire just to bring down one man.

“The doctors said the first shot from the cops hit him in the chest and killed him. He was dead right there on the scene. Why did it take so many cops? They overdid it. It was just too much," she said.