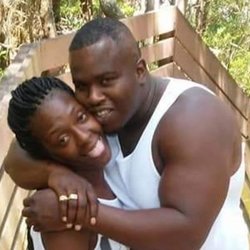 The Pensacola Police Department will conduct its own internal affairs investigation into an officer-involved shooting that claimed the life of 28-year-old Tymar Crawford once the Florida Department of Law Enforcement concludes its investigation, Mayor Grover Robinson announced Monday.

Robinson made the announcement at his weekly press conference as he faces growing calls that the city take action in response to the July 5 shooting at a home near the intersection of C and Brainerd streets.

"I'm not trying to pre-judge what the officer did and say he was wrong one way or the other, but clearly, our expectation is not to have a dead civilian there," Robinson said. "So, in that matter, that's what was wrong. So how do we learn from that. Figure out what we did."

On September 16,2019, it was announced that a grand jury would review the officer-involved shooting of Tymar Crawford.

On July 30, 2020, a settlement agreement was announced between the city of Pensacola and the family of Tymar Crawford, the 28-year-old Black man who was shot and killed last year by former PPD Detective Daniel Siemen. The law firm's release announcing the settlement did not specify how much money it agreed to provide to Crawford’s family but did note that the “settlement amount was the maximum amount allowed by Florida law under these facts and circumstances.”