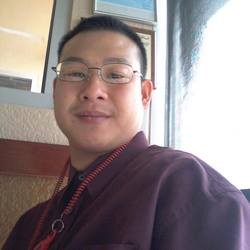 A man fatally shot by Aurora police early Monday morning had viciously attacked an officer who stopped to help him in a snowstorm, police said.

The officer suffered a deep gash to the head from a sharp instrument in an unprovoked attack by the man, who then stole the officer’s patrol car and fled, said Lt. Scott Torpen at a news conference Monday afternoon.

The incident unfolded about 3:45 a.m., when the officer saw a stalled or stranded vehicle near Interstate 225 and East Alameda Avenue, Metz said.

The officer pulled up in his patrol car and approached the vehicle, which had two occupants, to do a good Samaritan check when he was attacked, Metz said.

The assailant then drove away in the officer’s patrol car, leaving his passenger behind. The officer fired shots at the car and used his shoulder radio and microphone to inform other officers of the situation.

Minutes later, two police officers spotted and pursued the stolen patrol car, which had its lights flashing. The chase hit speeds of 65 mph on icy and snowpacked streets. At the intersection of East Alameda Parkway and East Kentucky Avenue, one of the pursuing officers bumped his vehicle into the patrol car, spinning it to a stop.

The man got out of the patrol car, holding something in his right hand, Torpen said at the news conference. He did not say what the object was.

The two officers commanded the man to raise his hands and drop the object, Torpen said. The man did not comply, and the officers opened fire. The man was pronounced dead at the scene.