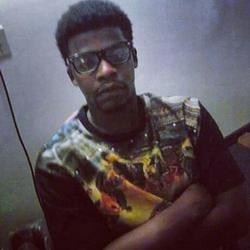 Authorities in Georgia say a troy Robinson, 33 who fell from a wall after being shot by police with a stun gun died from severe head and neck trauma suffered in the fall. The Georgia Bureau of Investigation said in a news release Friday an autopsy also showed 33-year-old Troy Lee Robinson had an injury on his upper back from a stun gun probe. The GBI says DeKalb County police on Thursday stopped a vehicle for a tag violation. The GBI says Robinson, who was a passenger, fled on foot after the driver was asked about a gun in the vehicle. The GBI says Robinson climbed a fence, and Officer Casey Benton used his agency-issued stun gun. Robinson then fell to the ground as he tried to climb over a cement wall. Cellphone video after Robinson fell off the wall documents the fact that he lay there for many minutes before anyone rendered aid, including the many police officers on the scene.