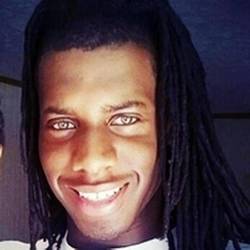 24-year-old Trey Pringle, who died after being restrained by deputies had a Taser used on him three times before he collapsed, according to a Beaufort County Sheriff’s Office report.

The Beaufort County Coroner’s Office and Sheriff’s Office confirmed the identity of the deceased as Trey Pringle. He was a 2012 graduate of Whale Branch Early College High School, according to Beaufort County School District spokesman Jim Foster.

On Feb. 17, a relative of Pringle called 911 to report that Pringle was allegedly “out of control, injured, bleeding and in need of medical assistance” after breaking items inside a home on Detour Road, according to a news release from the Sheriff’s Office.

When deputies arrived and attempted to restrain Pringle, he punched one of the deputies in the head and injured another deputy’s ankle, the report stated.

Pringle lost consciousness after a Taser was used on him and he was physically restrained by the two deputies and the other first responders at the scene, according to the release. He was then transported to Beaufort Memorial Hospital, where he died at about 11:30 a.m. Tuesday, according to the coroner’s office.

In February 2019, Prosecutors determined that no criminal charges would be brought in connection with the death of Trey Pringle of Seabrook, who died nearly a year ago after a confrontation with police.