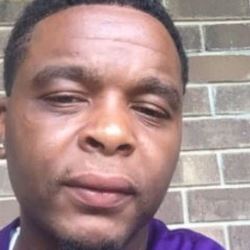 The shooting was captured on camera by a bystander who could be heard shouting in disbelief. The video shared widely on social media shows at least five Lafayette Police officers approaching a Black man with what witnesses said was a knife in his hand walking away from police toward a convenience store. Video then shows officers open fire near the entrance of the convenience store and at least 10 shots can be heard.

The man is then seen lying on the ground.  Tellerin was later taken to a hospital, where he was pronounced dead.

Lafayette Police Department (LPD) officers claimed that they were responding to reports of a disturbance by a knife-wielding man about half a mile away.  When they arrived at the scene, they attempted to arrest Tellerin, tasing him during the encounter.  Ultimately they were unable to arrest Tellerin, who then walked to the Shell gas station.  The Daily Beast reports:

Witness Rickasha Montgomery, who filmed the shooting, said she saw Pellerin get tased by police, then continue walking with what she thought was a knife in his hand. She said he was surrounded by six officers with guns drawn when he was shot and killed, as he reached the door of the Shell station.

As of August 2020, Louisiana State Police are investigating the incident.  All involved officers have been placed on administrative leave.

On September 11, 2020, the family of Trayford Pellerin filed a request to intervene, asking a judge not to block access to information related to the shooting and to allow his parents to view police body cam footage.

The request comes after a judge blocked the immediate public release of the names of officers involved, any video footage and other information related to the Lafayette police killing at the request of three officers involved in the incident.

A temporary restraining order blocking the release of information was dismissed on September 15, clearing the way for Pellerin's family to see body camera footage of the Aug. 21 shooting.