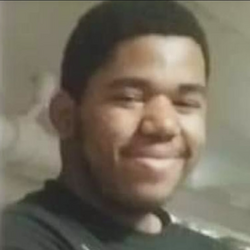 18-year-old Travon Chadwell was shot and killed by Chicago Police after he allegedly shot a Chicago police officer and a security guard last Thursday at a Southwest Side Home Depot.

He was identified Monday night by the Cook County medical examiner’s office.

Chadwell, of Marquette Park, allegedly ran after shooting the guard and police officer, and was killed later in a shootout with other officers, authorities said. The cop was the fourth Chicago police officer to be shot in two weeks.

The teen allegedly shot a loss prevention officer about 4 p.m. after shoplifting at a Home Depot in the 2400 block of West 46th Street, police said. The guard was hospitalized in critical condition.

A CPD officer was then shot while chasing the teen from the store, police said. Following that shooting, other officers continued to chase the teen. Chadwell was then shot and killed during a shootout with police.