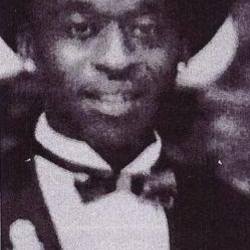 48 year-old Travis Stevenson was killed by Baton Rouge authorities on February 23, 2016 hours after he allegedly sprayed pepper spray on his girlfriend and her child and threatened suicide.  According to officials, EBRSO detectives shot and killed 48-year-old Travis Stevenson after responding to a disturbance earlier Tuesday evening. Six deputies were named as present at the scene.   East Baton Rouge Sheriff Sid Gautreaux said he asked the state authorities to investigate the shooting because two of the sheriff’s homicide detectives were among the six deputies present when officers opened fire on Travis Stevenson, of Louise Street, shortly after 10 p.m. Tuesday. Sheriff Sid Gautreaux said the man was suicidal, possibly trying to commit suicide by cop.

Stevenson repeatedly rammed a deputy’s patrol vehicle after officers blocked his car in a parking spot next to an apartment building at the corner of Terrace Avenue and Eddie Robinson Sr. Drive, East Baton Rouge Sheriff Sid Gautreaux said Tuesday night, standing a few feet away from the site of the shooting.

Deputies tried to pull Stevenson from his vehicle, smashing a car window in the process, before deputies shot him, Gautreaux said.

Dr. William “Beau” Clark, the East Baton Rouge Parish coroner, said Stevenson died of multiple gunshot wounds to the head and torso. He was pronounced dead at the scene.

“Somehow or another, the deputy was in harm’s way,” Gautreaux said. “Shots were fired and the suspect is deceased.”

Authorities said Wednesday Stevenson did not have a gun or any other weapon when he was shot. Trooper First Class Bryan Lee, a State Police spokesman, said Stevenson tried to strike deputies with his vehicle.

On September 22, 2016, East Baton Rouge Parish District Attorney Hillar Moore III said his office ruled out any criminal charges against four deputies who fired shots at Travis Stevenson during the Feb. 23 confrontation, saying that they acted in self-defense and were legally justified in fatally shooting Stevenson.