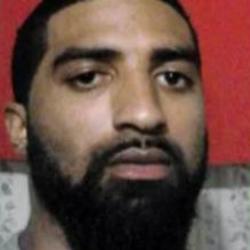 The family of a 24-year-old Sanford man said police fatally shot the man Wednesday when officers attempted to serve a warrant. Family members of Travis Faison told WNCN that Faison was shot by an officer Wednesday at a home in the 600 block of Magnolia Street in Sanford when police attempted to serve a warrant at the address. Sanford police confirmed through a release a man died in an officer-involved shooting around 1:40 p.m. on Magnolia Street. The family said a struggle ensued between Faison and the officer, which led to the shooting. Faison's cousin Tyrone Bell said his brother was on the phone with Faison before the shooting occurred.

Nearly five hours passed before Sanford police issued a five-sentence statement about the shooting. They simply confirmed one of their officers shot and killed a man, and deferred all questions to the SBI. It was family members who told ABC11 it was 23-year-old Travis Faison who was killed by police. Emotions started to flare when Faison's mother, who rushed to the scene from Roanoke Rapids after getting word of the shooting, wasn't allowed to identify her son's body.

The office of District Attorney Vernon Stewart, who serves Lee and Harnett counties, has announced that Officer Brently William Brown, 23, of the Sanford Police Department, will not face charges in the Dec. 5 shooting of Travis Faison, 26.