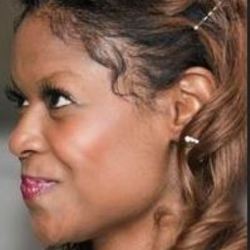 Police said Wade barricaded herself and an 18-month-old child inside a home in the 5000 block of Roaming Plains Court for seven hours, armed with a gun. Louisville Metro Police Department spokesman Dwight Mitchell said the woman pointed a gun at officers as they entered the home around 11 p.m.

The standoff began around 4 p.m. Wednesday as officers tried to serve a warrant for a felony probation violation. The SWAT and negotiation teams were dispatched to the home.