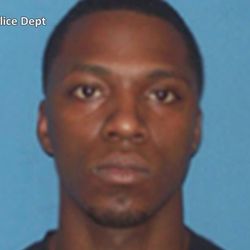 According to a release from the Moss Point Police Department, at around 6:30 p.m., officers received information that Toussaint Diamon Sims, 27, wanted on multiple felony warrants, was located at a convenience store in Pascagoula.

Officers of both the Pascagoula and Moss Point police departments attempted to arrest Sims at that location, but police said he fled in a vehicle, leading officers on a pursuit through Moss Point.

The pursuit ended on 2nd Street when the suspect’s vehicle became disabled. Sims then fled from officers on foot. During the foot pursuit, police said Sims displayed a firearm in a threatening manner. His actions caused the pursing officer to discharge his firearm, which fatally wounded Sims. Witnesses